Is That Video Game A Health Risk? Three Things Parents Should Know 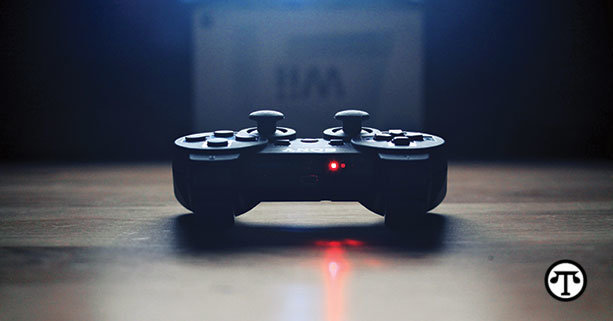 When getting video games for their kids, parents should note whether smoking is endorsed in the game. 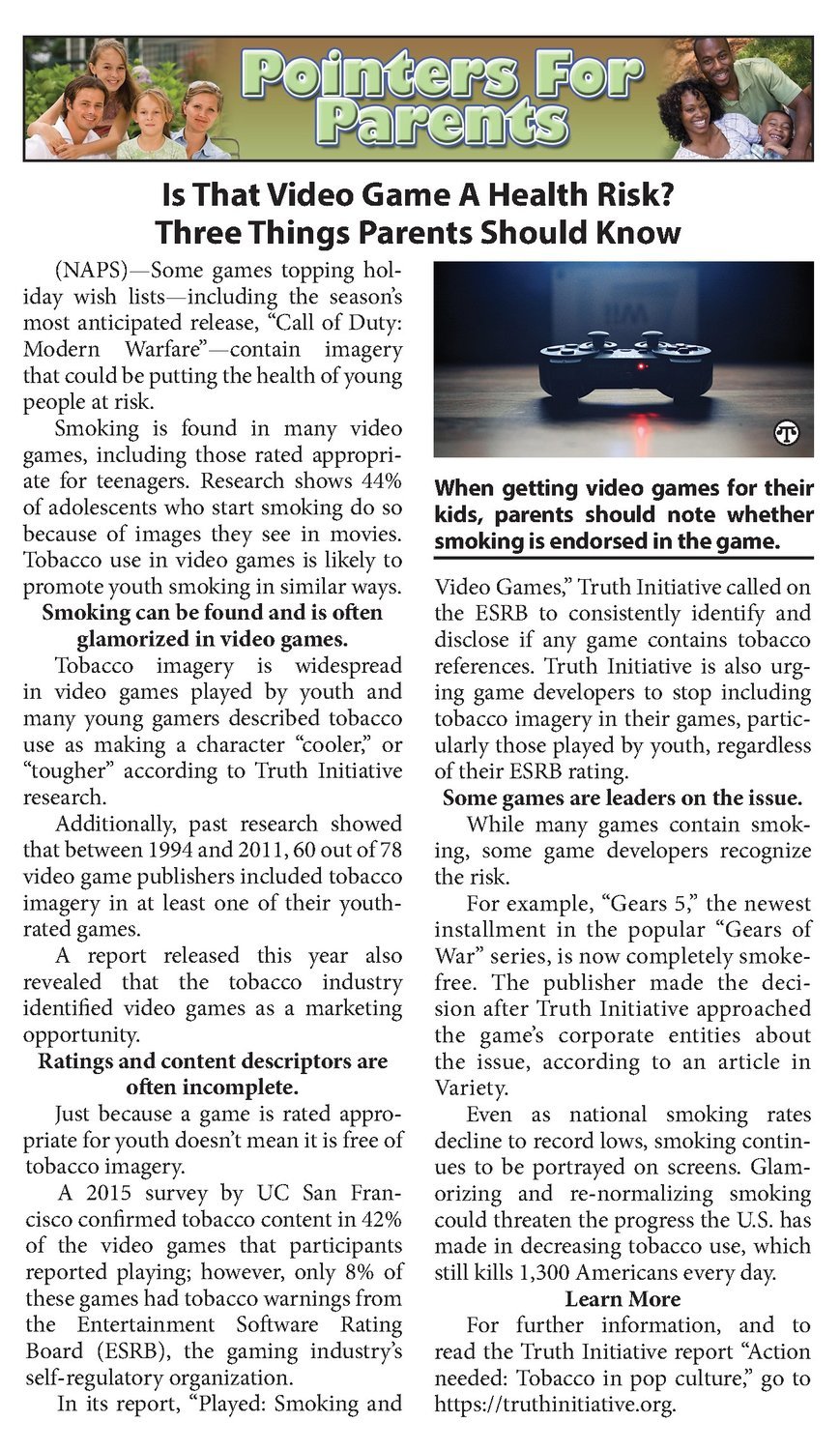 (NAPSI)—Some games topping holiday wish lists-including the season’s most anticipated release, “Call of Duty: Modern Warfare”—contain imagery that could be putting the health of young people at risk.

Smoking is found in many video games, including those rated appropriate for teenagers. Research shows 44% of adolescents who start smoking do so because of images they see in movies. Tobacco use in video games is likely to promote youth smoking in similar ways.

Smoking can be found and is often glamorized in video games.

Tobacco imagery is widespread in video games played by youth and many young gamers described tobacco use as making a character “cooler,” or “tougher” according to Truth Initiative research.

Additionally, past research showed that between 1994 and 2011, 60 out of 78 video game publishers included tobacco imagery in at least one of their youth-rated games.

A report released this year also revealed that the tobacco industry identified video games as a marketing opportunity.

Just because a game is rated appropriate for youth doesn’t mean it is free of tobacco imagery.

A 2015 survey by UC San Francisco confirmed tobacco content in 42% of the video games that participants reported playing; however, only 8% of these games had tobacco warnings from the Entertainment Software Rating Board (ESRB), the gaming industry’s self-regulatory organization.

In its report, “Played: Smoking and Video Games,” Truth Initiative called on the ESRB to consistently identify and disclose if any game contains tobacco references. Truth Initiative is also urging game developers to stop including tobacco imagery in their games, particularly those played by youth, regardless of their ESRB rating.

Some games are leaders on the issue.

While many games contain smoking, some game developers recognize the risk.

For example, “Gears 5,” the newest installment in the popular “Gears of War” series, is now completely smoke-free. The publisher made the decision after Truth Initiative approached the game’s corporate entities about the issue, according to an article in Variety.

Even as national smoking rates decline to record lows, smoking continues to be portrayed on screens. Glamorizing and re-normalizing smoking could threaten the progress the U.S. has made in decreasing tobacco use, which still kills 1,300 Americans every day.

For further information, and to read the Truth Initiative report “Action needed: Tobacco in pop culture,” go to https://truthinitiative.org.

Manage Your Blood Pressure And Protect Your Kidneys