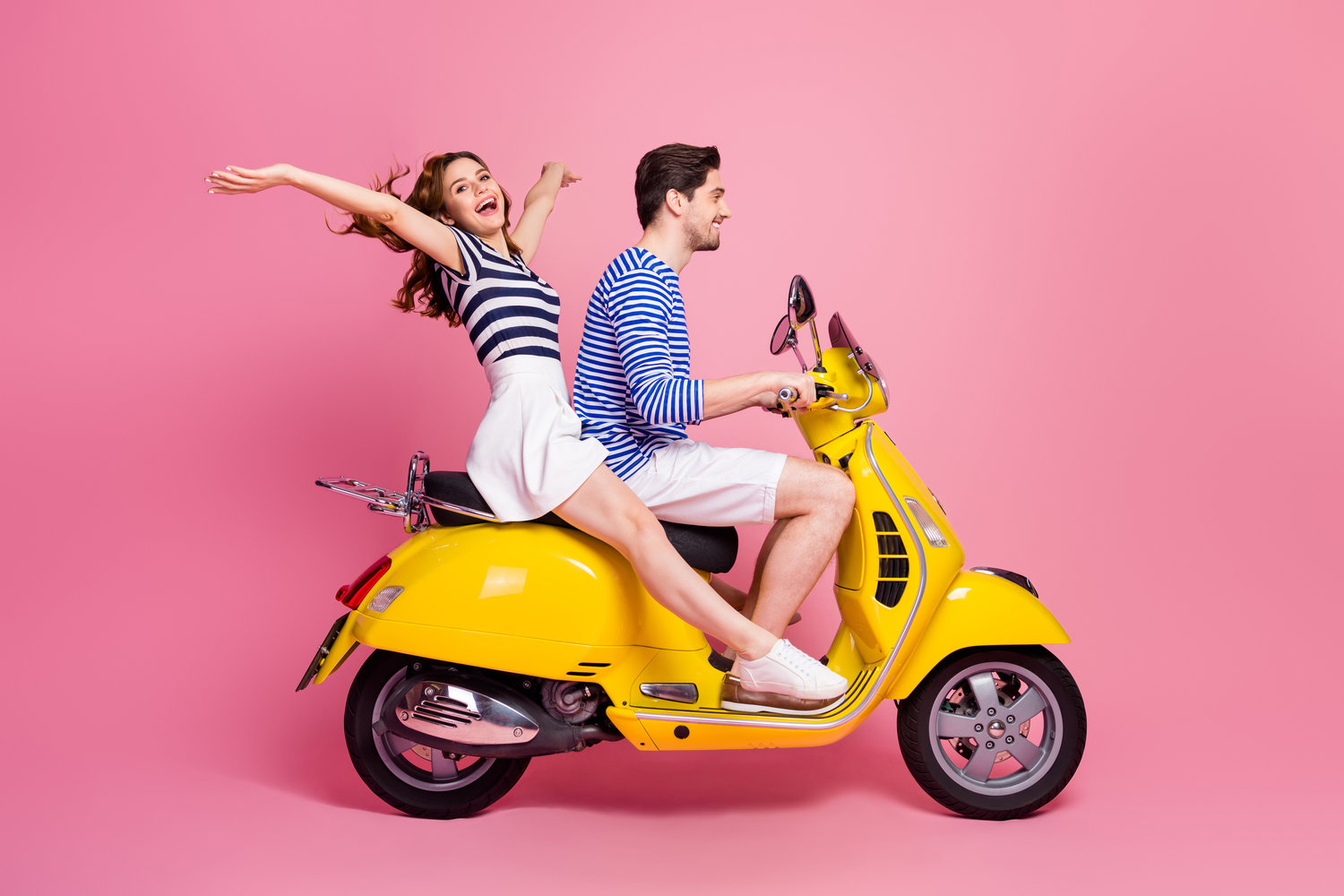 Games—they’re not just for kids. Make time fly by faster than that maniac in the left lane with these road trip games to play with your partner, your girlfriends, or any other grownups you bring on your next adventure.

Spin a Story from the Past
Think of this as “who can lie better?” Essentially, one player begins by telling a story about their past (could be dating stories, but you know, proceed with caution), and the other person has to say whether they are telling the truth or spinning a tale. Can’t tell right away whether it’s a lie or just want more info about that “wait, that really happened?” story? Each player gets two follow-up questions, which can be used before or after the story is revealed to be true or not. Every correct guess is 2 points. First player to 10 wins.

Riff Off
While the traditional license plate game involves finding a plate from each of the 50 states (yawn), this game involves finding a license plate with random letters and creating a word with those letters—think of it like Road Trip Scrabble. (So if the license plates is YMT23, you could say Yosemite.) Instead of taking turns, just yell when you see one and can come up with a word. The other person can challenge you by coming up with a longer word that features those letters. Two extra points for those who spot a vanity plate out in the wild. First one to 10, wins.

Explain a Movie Plot Badly
This one’s a game that others play outside of road trips, but it also works when you're trapped in a car. It goes something like this: One of you thinks of a movie and then explains the plot in a way that is both factual but also terrible. (Need some inspiration? Look at #ExplainaFilmPlotBadly.) Then, the other person has to guess. If they guess correctly, they get a point. If they don’t, you get a point.

Radio Roulette
This is essentially a game of Name That Tune. It’s easy—flip to a station (best to do with presets, though advanced points for truly just seeking the next station), and let it play for 15 seconds. The other person has to name the artist and name of the song. One point for each. Bonus point round—name the album. First one to pass 15 wins.

How To Save On Your Next Family Getaway