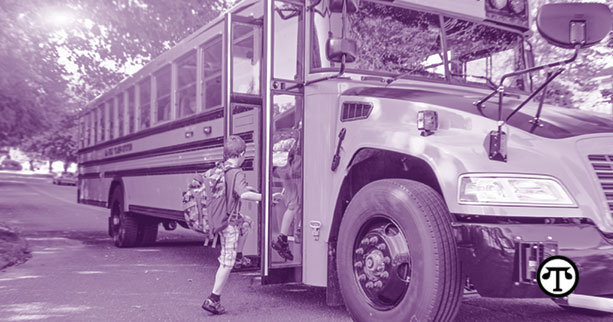 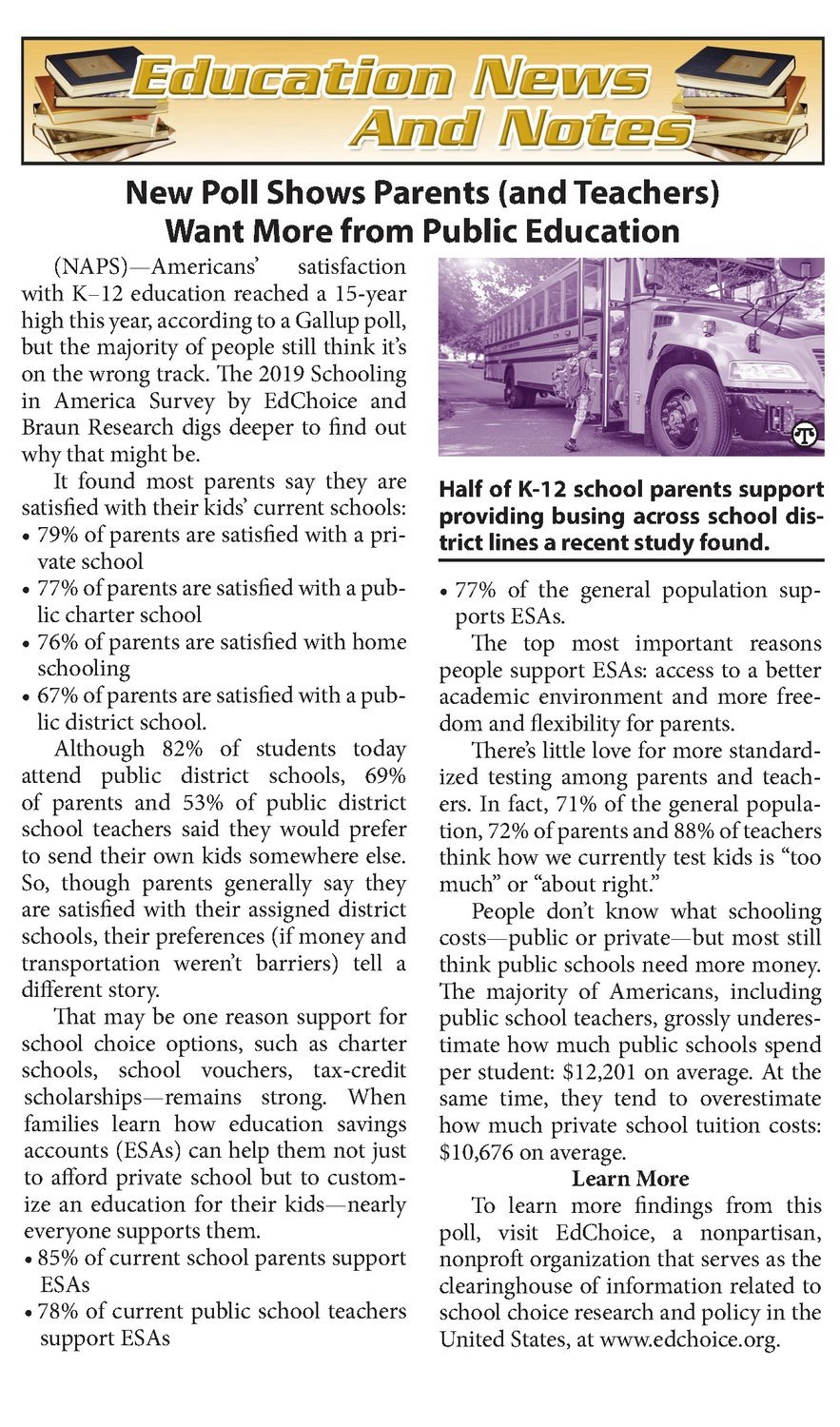 (NAPSI)—Americans’ satisfaction with K−12 education reached a 15-year high this year, according to a Gallup poll, but the majority of people still think it’s on the wrong track. The 2019 Schooling in America Survey by EdChoice and Braun Research digs deeper to find out why that might be.

It found most parents say they are satisfied with their kids’ current schools:

• 79% of parents are satisfied with a private school

• 77% of parents are satisfied with a public charter school

• 76% of parents are satisfied with home schooling

• 67% of parents are satisfied with a public district school.

That may be one reason support for school choice options, such as charter schools, school vouchers, tax-credit scholarships—remains strong. When families learn how education savings accounts (ESAs) can help them not just to afford private school but to customize an education for their kids—nearly everyone supports them.

• 77% of the general population supports ESAs.

The top most important reasons people support ESAs: access to a better academic environment and more freedom and flexibility for parents.

There’s little love for more standardized testing among parents and teachers. In fact, 71% of the general population, 72% of parents and 88% of teachers think how we currently test kids is “too much” or “about right.”

To learn more findings from this poll, visit EdChoice, a nonpartisan, nonproft organization that serves as the clearinghouse of information related to school choice research and policy in the United States, at www.edchoice.org.

Help For The Self-Employed

Is That Video Game A Health Risk? Three Things Parents Should Know

Manage Your Blood Pressure And Protect Your Kidneys